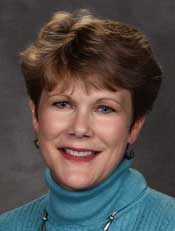 Amy Carrick, the founder and president of Carrick Consulting has had a varied career.  In addition to working for over 20 years as a computer professional, she has also worked for both the Federal Reserve and two other banks as both a teller and a back-office IT support person.

Amy holds a BS in Computer Science with a minor in Economics and an MBA in Marketing and Finance.  She is the first Certified Daily Money Manager in South Carolina.  Amy maintains memberships with American Association of Daily Money Managers (AADMM) and the Upstate Senior Network.  She is trained as a Senior Advisor and Dementia Specialist.

In 2008 upon returning from a family trip, Amy found herself out of work.  She chose to embark as an entrepreneur and give back to others.  Toward that end, she founded Carrick Consulting, LLC as a way to help others.

The business has grown steadily along with Amy’s efforts to give back.  Amy is presently a nation board member for AADMM and has participated on the AADMM Conference Committee for 2014 and 2015, Web Conference Committee for 2016 through 2018 and now serves on the Governance Committee as well as leading the Reciprocal programs subcommittee.   Further has spoken at 2015 and 2016 conferences and 2017 web conference.  She speaks at an average of 5 seminars each year for local churches and senior groups.  Her goal is to share information to keep people financially safe and prepared for whatever their future might hold.

Lisa Burdge joined Carrick Consulting in 2017 after spending 34 years in the telecommunication industry. She worked in the Finance and Information Technology departments mainly responsible for Billing, Acquisition Integration and Project Management.  Prior to that Lisa worked for Dun & Bradstreet.

Lisa has 8 years personal experience assisting family members with Daily Money Management and ensuring billing accuracy of personal and medical statements.  When faced with an early retirement and wanting a new opportunity that provided the satisfaction of assisting others, Carrick Consulting was the perfect fit.

Lisa has both Green and Black Belt certifications in Lean Six Sigma Methodologies and Project Management Certifications.  She is a member of the American Association of Daily Money Managers.

For Email Marketing you can trust